What are you searching for?
Search
GO

Try one of these featured businesses!

The law firm of White & Dalton was established in 1982 and is a general practice with a combined 79 years of legal experience. The senior partner, William R. White, passed away in August of 2015 and the firm will miss him greatly. Tony C. Dalton remains solely in the practice with extensive litigation experience in criminal and civil court at both the District and Superior Court levels.*William R. White

*Dedicated Service For Over 30 Years

*Member Of The NC Advocates For Justice

As your local Lennox dealer, we’re proud to offer the finest heating, cooling and indoor air quality products, with prompt and professional customer service. Regardless of the season or the temperature outside, we can make your home feel perfectly comfortable.

At Mac Heating & Air Conditioning, we are dedicated to our customers and their satisfaction. Our experienced staff is here to provide personable and reliable service along with quality, expert installation. We are committed to maintaining the highest standards. We appreciate our loyal customers who put their trust in us to keep you comfortable. Your satisfaction is our mission. 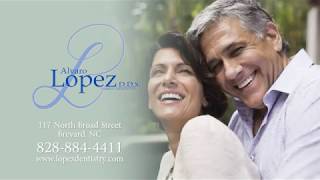 The racist killings of nine people in a German town cast a shadow over the Berlin Film Festival on Thursday, where a minute's silence was held to commemorate the victims, and stars who will feature in the festival spoke out.

AT&T Inc's WarnerMedia has expanded its partnership with Alphabet Inc's Youtube TV to feature its upcoming streaming service HBOMax, as well as content from HBO and Cinemax, the companies said https://bit.ly/38LpRnE on Thursday.

Britain's Prince Harry will visit Abbey Road Studios in London on Feb. 28 to meet singer Jon Bon Jovi and members of a military veterans' choir, in one of his last engagements as a senior member of the royal family.

NFL owners voted on Thursday to accept the negotiated terms of a proposed new collective bargaining agreement (CBA), the league said, leaving the players to decide whether to approve the deal.

Kazakhstan's Elena Rybakina produced another upset by beating second seed Karolina Pliskova 7-6(1) 6-3 at the Dubai Duty Free Tennis Championships on Thursday to move into the semi-finals.

Dr. Ann McKee of Boston University studies the brains of deceased football players at the world's largest brain bank, hoping to learn about the long-term impact of repeated head traumas for people ranging from professional athletes to victims of domestic abuse.

The Brazilian Football Confederation (CBF) unveiled a statue of Pele at its headquarters on Thursday, the first of a series of events to commemorate June’s 50th anniversary of the team's third World Cup triumph.

Former FIFA secretary general Jerome Valcke and the chairman of Qatar-based media group BeIN Sports, Nasser Al-Khelaifi, have been charged in connection with the award of television rights for the World Cup and Confederations Cup, Swiss prosecutors said on Thursday.

U.S. equity funds saw outflows of $2.6 billion in the latest week, according to Lipper.

When clients tell financial adviser Catherine Valega that they want to invest their money in women, they are not always clear what they mean.

Former U.S. senator Alan Simpson summarized the argument well: seniors fighting Social Security benefit cuts were nothing more than “greedy geezers” stealing from young people “who are going to get...

Owning a piece of art is not just for the ultra-wealthy anymore.